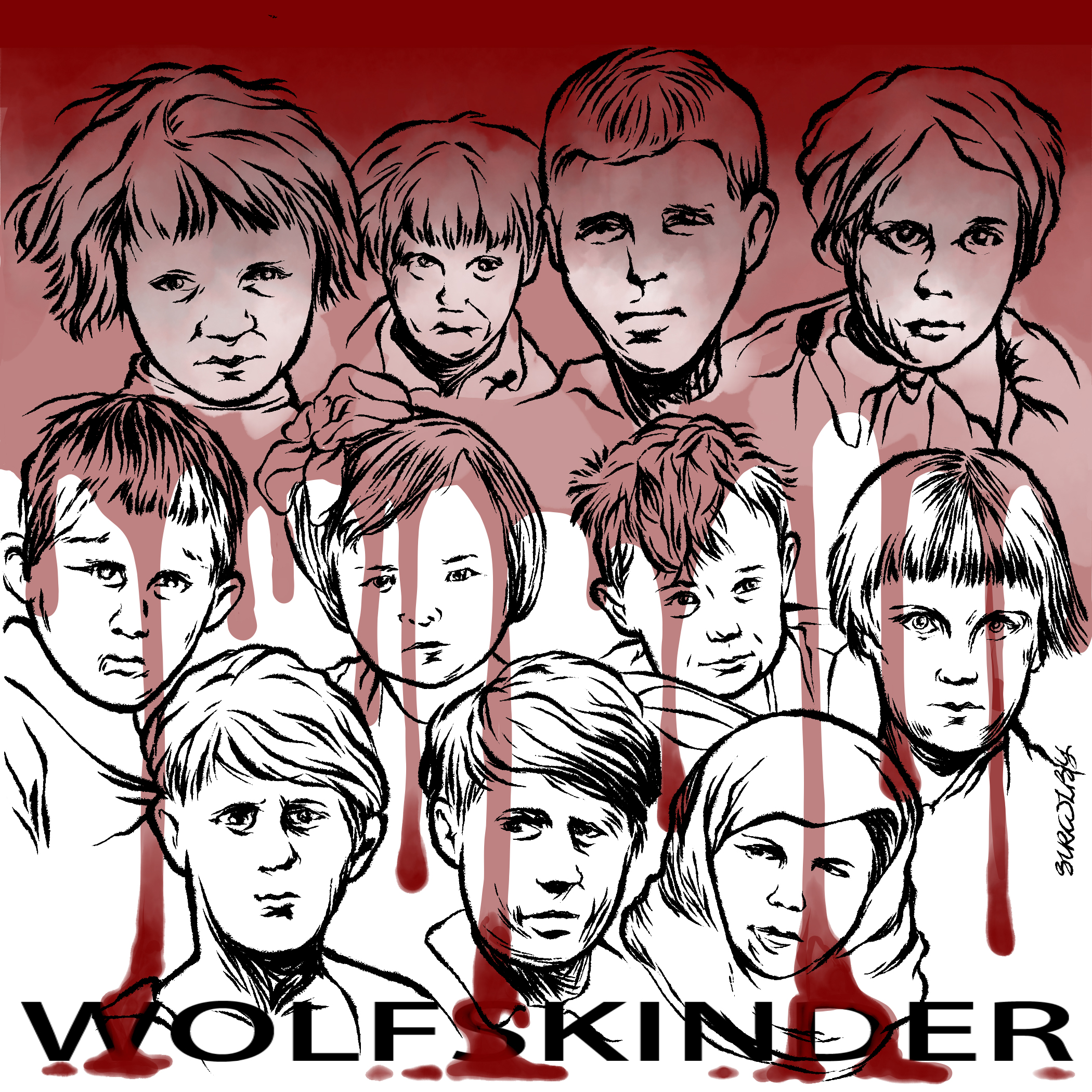 Digital illustration
Wolfskinder, German meaning Wolf Children.
At the end of WWII, the Red Army invaded and occupied east Germany. The allies left them to their fate. The German population of East Prussia was eradicated leaving many orphaned and homeless children fleeing to live in the forests. They tried to survive by stealing food from farms. Some were adopted by brave and compassionate Lithuanian families who hid them from Soviet authorities.