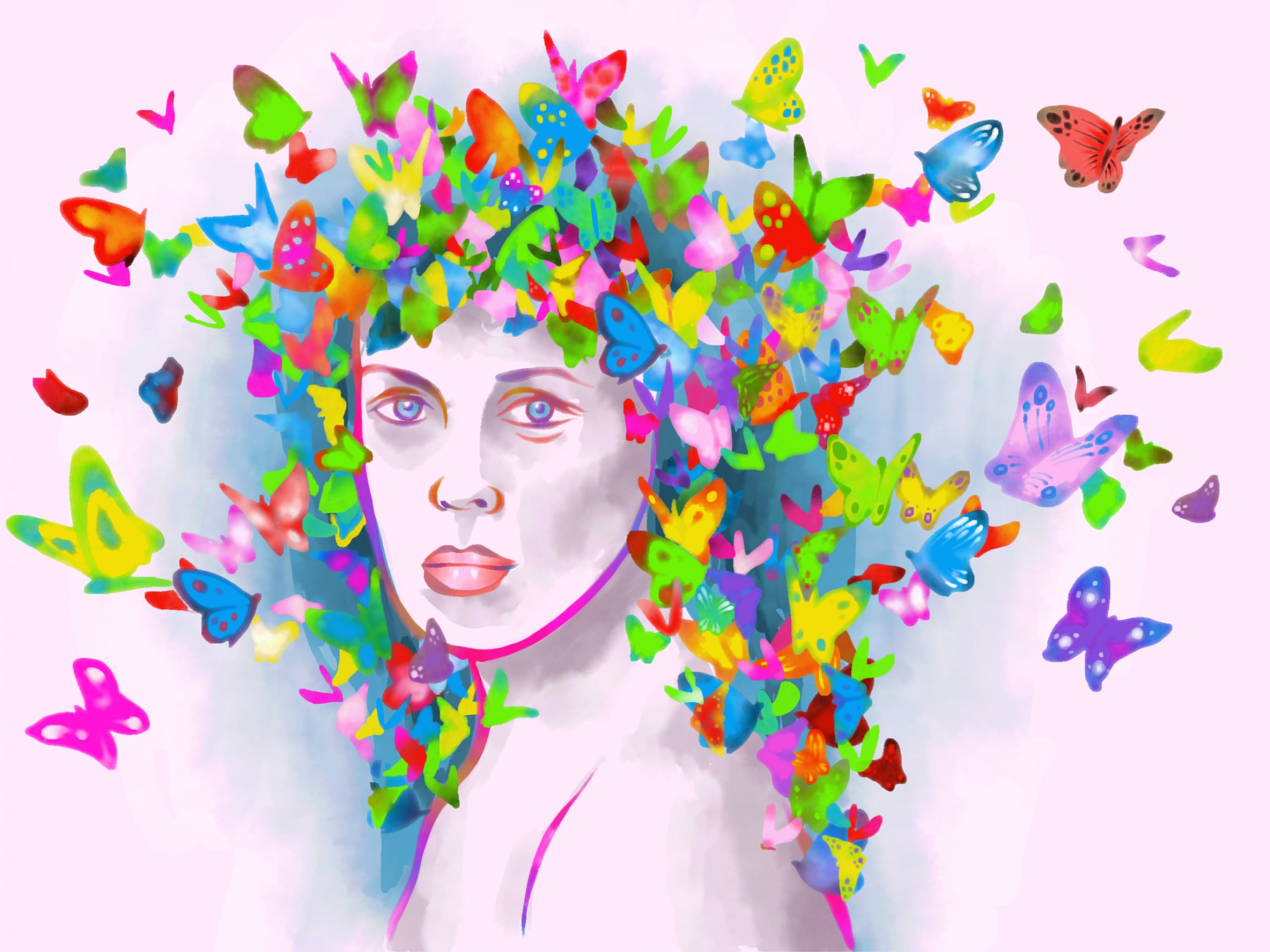 This didn’t turn out like I wanted. At all. But since the two people I showed it to didn’t recoil in disgust I decided to go ahead and post it. It’s from a photo of British actress Fiona Lewis. In it she had fluffy “Farrah Fawcett” hair and the thought occurred to replace it with butterflies. No, I don’t know why. Anyway, it just looks like someone with butterflies all over their head. Oh well. Two versions – with shading and without.