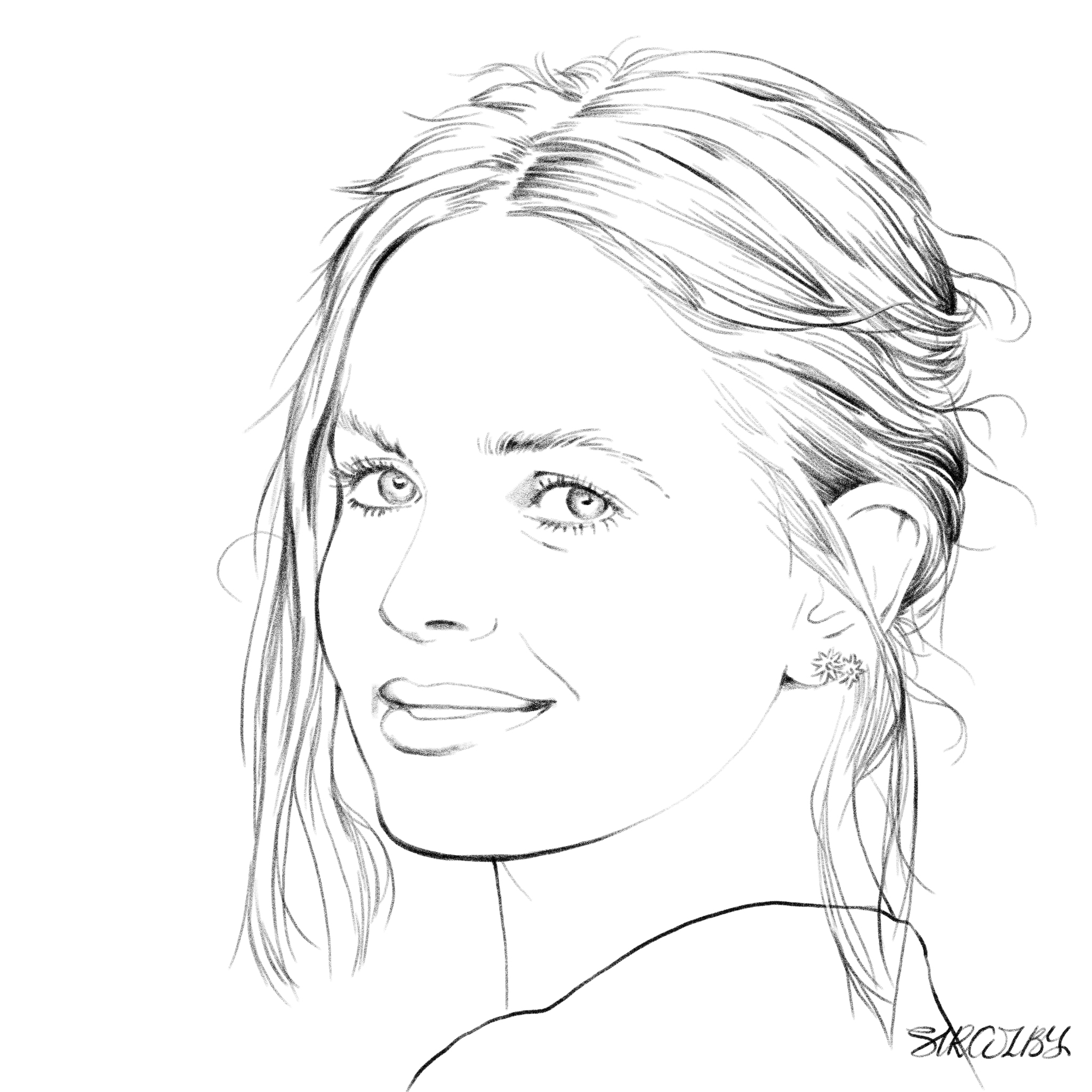 Digital illustration. I had no idea what show my daughter-in-law was watching on TV. Some British mystery. I didn’t know the show or any of the actors.

As I was studying their faces one of the characters introduced herself as Eliza Scarlet. The show was Scarlet and the Duke. So I looked her up on the internet. Turns out she is Kate Phillips. She has been in several other shows I don’t watch.